THE UNKNOWN MAN OF VANIKORO 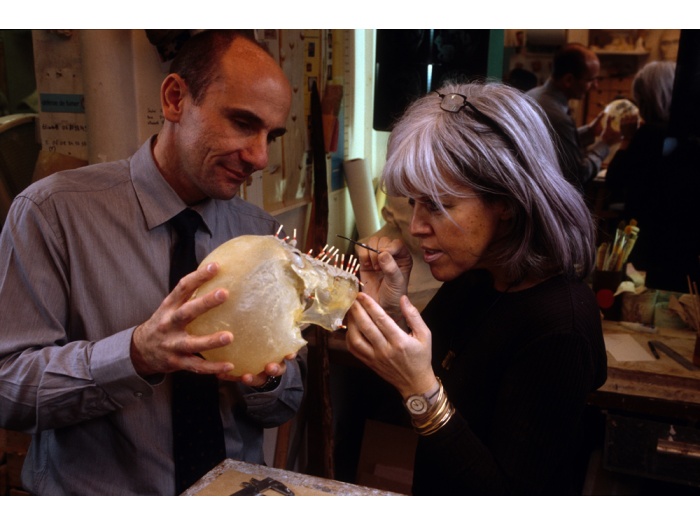 As he mounted steps leading to the guillotine, Louis XVI is said to have asked “Have we any news of Monsieur Lapérouse? Such concern moments before death testify to the immense importance that the King of France accorded to the expedition led by Lapérouse which he himself had ordered as France’s wish to complete the exploration of the Pacific Ocean started by James Cook. In 1788, the expeditions two frigates the Boussole and the Astrolabe ran aground and 220 crew and scientists perished.
Forty years later, in 1827, the Irish captain Pierre Dillon found one of the wrecks on the Vanikoro reef, south of the archipelago of the islands of Santa Cruz, the easternmost part
of the Solomon Islands, in the Pacific, west of New Guinea. The second wreck was only discovered in the early 1960s, less than one mile from the first. Since 1981, the Association
Salomon has been trying to elucidate the circumstances in which Lapérouse and his men disappeared. In 2003 a skeleton was discovered at a depth of 15 meters, under a thick layer of sediment. These bones were sent for identification to the Institut de Recherche Criminelle de la Gendarmerie Nationale in Rosny-sous-Bois in France, which asked Élisabeth Daynès to reconstruct the face of “the unknown man of Vanikoro”. The skeleton was remarkably preserved and virtually complete, which is extremely rare for a body found in seawater. Anthropological and paleopathological studies indicate a man of European type, aged 30 to 34, 1.65 to 1.70 m in height, with smallish muscle insertions suggesting that his
musculature was not well developed. The left humerus had a deformation with an angle of 15°, most likely an old consolidated fracture without functional consequences. The right femur was shorter than the left, although this would not have a functional impact on walking. The right fibula had a fracture, but it was not possible to say whether this occurred perimortem or postmortem. The dentition was incomplete (teeth lost postmortem), but was remarkably healthy for the period. The cuspids showed severe abrasion suggestive of bruxism, type of diet, or regular use of a toothpick. The time since death, estimated by means of Nile blue staining, was 201±29 years, which is fully compatible with the disappearance of the two ships of Lapérouse’s expedition.
However, the anthropological and paleopathological characteristics of the skeleton did not match those of this illustrious navigator (who was about 47 years of age when he disappeared). But taking into account the state of the teeth, the weak musculature, the subject’s age and height (above the average for the time), it was hypothesized that the remains likely belonged to a royal navy officer or to a scientist. This was corroborated by the fact that the skeleton was found in the stern of the vessel, where the commanders were generally accommodated. Reconstruction has given a facial likeness to this unknown, the only latterday witness to the fate of Lapérouse and his men.

The unknown Man of Vanikoro